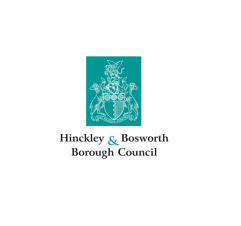 News of a possible new railway station between Hinckley and Nuneaton has been welcomed by borough councillors.

Members of Hinckley and Bosworth Borough Council's executive have responded to a public consultation into Warwickshire County Council's Draft Rail Strategy indicating their support of the proposals.

The Warwickshire Draft Rail Strategy 2019-2034 proposes a total of six new stations for Warwickshire including one called Nuneaton Parkway, situated off the A5 between Hinckley and Nuneaton.

The site of the new Nuneaton Parkway Station has been chosen to make the most of housing and employment levels in the area and will offer commuters living in the area better access to Leicester, Coventry, Birmingham, Nottingham and beyond.

If approved, the new station is earmarked for delivery in the next seven to 14 years.

Welcoming the proposals, executive member for planning at the Borough Council, Councillor David Bill, said: "The proposals would assist with the delivery of both the Midlands Connect Midlands Rail Hub initiative and the A5 Strategy, which this Council already endorses.

"We recognise that the people of this area would benefit from the proposed Nuneaton Parkway Station.

"It would offer enhanced services from Hinckley and improved facilities for long distance commuting that will benefit the local economy.

"We are also pressing for its construction to be integrated with an enhanced A5 and asking for a solution to the height clearance problems associated with the railway bridge on the A5.

"We have asked to be kept informed and involved as we have long supported the need for improved services and facilities for passengers travelling to and from Hinckley as this is compatible with supporting all forms of public transport and contributing towards reducing traffic congestion, reducing air pollution and playing a part in combating climate change.

"I would urge anyone with an interest in seeing these proposals come to life to take part in the consultation."

Vacancy in the office of Councillor burbage-council.co.uk/…

RT @leicspolice: Have you seen missing 53 year-old Mark Conway? Mark went missing from #Nuneaton, #Warwickshire on Wednesday and may be in the #Leicester/#Leicestershire area. If you have seen Mark or know where he may be, please contact
@warkspolice
on 101. twitter.com/warkspolic…