Annual Parish Meeting - to be confirmed 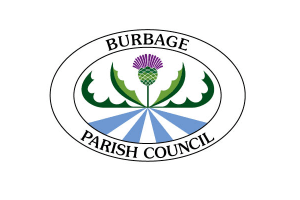 The document acknowledges the contribution to the parish of serving forces personnel – both regular and reservist – as well as veterans and military families.

The Covenant underlines the Council's on-going support of Armed Forces events and activities, such as Poppy Appeal collections and Remembrance commemorations, and cements its partnership with Burbage branch of the Royal British Legion as well as its support of local Sea and Air Cadet Units.

It recognises the needs and attributes of military veterans, with a link to the Veterans Gateway now available on the Council's website. (Please click on the Community tab on the menu and select Useful Links).

In addition, an Armed Forces Champion has been appointed to raise awareness of the Covenant and to signpost any member of the Armed Forces Community in need of advice and guidance.

This role has been taken on by Cllr Danny Findlay, who is an officer with Hinckley Air Cadets.

Annual Parish Meeting - to be confirmed

Supporting Businesses across the borough burbage-council.co.uk/…

RT @GOVUK: If you go out, you can spread it. People will die. Stay home. Protect the NHS. Save lives.