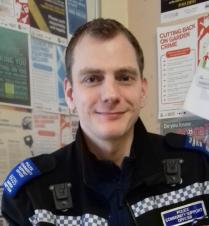 We have been notified of a high and wide load due to take a route through Burbage on Friday 5th March.

It will be under a Police escort and travelling between 1000 and 1200 hours.

It would be appreciated if Church Street can be left clear of parked vehicles during this time to allow the load to travel through safely.

As the load is high it has to travel on this dedicated high load route. It is not permitted to use the motorway network.

Thank you for your co-operation in this matter.

We've arrested three people in connection with catalytic converter thefts in the region.
Just after 10pm on Thursday 25 February officers received a report from a member of the public of a suspected theft in progress on Highfields Road, Hinckley.
Having been disturbed, the suspects drove away from the area and officers began a search to locate the vehicle.
Teams including the Roads Policing Unit, Special Operations, National Police Air Service and Dogs Unit were involved.

Inspector Jamie Osborne said: "Dealing with catalytic convertor thefts has been a priority area for Leicestershire Police.
"We are extremely grateful to members of the public for coming forward immediately.
"It is vitally important that any information is reported to us as quickly as possible.
"This was a perfect example of what we can achieve when everyone works closely together."

Whilst conducting patrols officers seized a vehicle from the Sketchley Meadows area at around 00:30 on the 27th under Section 165 powers (no insurance). An example of officers being out and about in Burbage looking out for suspicious activity.

The crime prevention advice include garden crime, theft from vehicles, rogue traders and home security. Get in touch if you would like any support. We have a selection of leaflets and products that may help or give you some ideas.

If you have received any crime prevention leaflets please take a minute to have a look at them. We have also spoken to residents to support with local concerns and are completing active patrols to address concerns raised. Remember, if you have any information around suspicious activity or information around criminal behaviour please let us know. 101 Non-emergency or 999 emergency.

There is an informative video on YouTube for the centenary service of the Burbage War Memorial unveiling. If you are interested in local history, the video is well worth a watch. https://youtu.be/EcmL7bEXSnI

Thanks for sharing Neighbourhood Link and encouraging others to sign up. Your efforts are very much appreciated. https://www.neighbourhoodlink.co.uk/

Thank you and take care

RT @LeicsCountyHall: The Union and County Flags at County Hall will remain at half-mast until after the funeral of HRH The Duke of Edinburgh, as a mark of respect. We have an online book of condolence, which can be signed here: crowd.in/5Jpe7s

Online book of condolence for HRH Prince Philip the Duke of Edinburgh burbage-council.co.uk/…