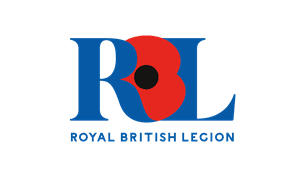 Branch secretary Kenn Coates said: "There have been several occasions recently where the branch has been made aware - after the fact - that a veteran's funeral has taken place without any RBL presence, when we are very keen to ensure that we can show our respect for our former comrades in arms.

"By veteran we do not just refer to those who served in WWII, but anyone who has served in the Armed Forces."

Mr Coates said he would encourage people to talk to loved ones who have served or are serving in the Armed Forces and enquire whether they would like the RBL to provide an escort and/or standard bearer at their funeral.

The branch will be contacting all local funeral directors to ensure that they are aware of the offer and of the protocol to follow in alerting the appropriate branch, which is to contact the Legion Contact Centre on 0808 802 8080.

The contact centre will then seek to alert the local branch to arrange for attendance at funeral for which a request has been made.